It's going to take quite a while for the district and the auditors to dig through all of the credit card payments and check payments that were spent on things as an after football game party for administrators at Dianne Critchlow's home and order $606 worth of food from Qdoba Mexican Grill. Then there's still the ongoing research into the luxurious vacations conferences where Fox C-6 administrators and some of their spouses went for Professional Development. We still don't know if anyone actually attended the conference or if registrations fees were paid. We know that 4 of them played golf on the first day of the conference.

We've now learned that Critchlow is being asked to reimburse the district for a meal she purchased on a Saturday at McDonald's while she was on Family Medical Leave on April 5, 2014.

Hopefully it doesn't bother you that your tax dollars were being used to pay for some of these parties, trips and meals. Surely, Critchlow was thinking about our kids while she was working on her Professional Development during these parties and conferences.

And then there was the infamous charges for the logging tongs and other logging equipment. Please notice that Dianne Critchlow had those items shipped directly to her home.

The demand letter from Fox's CFO has the following language which most will find quite humorous:


The District is aware that some of the items in the Amazon.com order have recently been transferred to District possession. Upon receipt of your payment those items will be returned for your personal use and enjoyment.

Below is a copy of the October 3, 2014 Demand for Repayment letter to Dianne Critchlow for the Amazon.com items.

Former Fox superintendent Dianne Brown always told me that "we put our money in the classroom". I guess that would be whatever money might be left over after paying $550 a night for a room at an educational conference at the Hard Rock Hotel in Orlando Florida. She could have gotten the conference rate of $99 per night at the DoubleTree Universal Hotel that hosted the conference and where they were originally booked to stay.

However, Dianne had so much professional development money left over that she opted to pay for the more expensive rooms where she and other Fox admins  and their spouses could "Live Like a Rock Star" as they say at the Hard Rock Hotel.

I wonder how many books she could have purchased for our kids in the district for each night that was doled out at the Hard Rock Hotel?

Speaking of books, Dianne and all of the other Fox admins that attended the Marzano Conference could have purchased the book I purchased a couple of years ago for less than $15. It was written by Richard Dufour and Robert J. Marzano. I bought it to learn a little more about what our administrators are supposed to be doing. The Marzano name probably looks familiar.

Every educator in the district could have purchased a copy with Professional Development funds for less than it cost to send 12 people to the golf outing Marzano conference in Orlando. 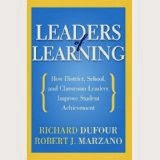 Many parents and taxpayers are probably starting to doubt Dianne's comments about "putting our money in the classroom" or that she was doing it "for the kids". It seems more like she was living the life of royalty in a district that has more than 30% of our students receiving FREE or REDUCED lunch. It's no wonder kids want to be school superintendents when they grow up. They see how much money our superintendent makes and how she gets to use taxpayer dollars to fund business startups and parties at her home. Who wouldn't want to be a school superintendent!

It turns out that Dianne even submitted a request for reimbursement for a golf tournament that she allegedly didn't even pay for. Fox's Chief Financial Officer states that doing so is fraud.

You can read all about this week's financial discoveries surrounding Dianne Critchlow and the Fox C-6 School District in the this weeks Arnold-Imperial Leader.

The article states that Dianne Critchlow couldn't be reached for comment.

Surely Dianne has explanations for all of the charges and would want to share them with the community!
Posted by Fox C-6 Watchdogs at 6:27 PM